This week, confusion continued among many Kenyans as to whether it would be wise for the government to lift the ban on genetically modified organisms (GMOs).

For a country plagued annually by food insecurity caused in part by drought that leaves millions of Kenyans starving every year, the myth held by many is that GMOs are dangerous to human health and agricultural nutrition. 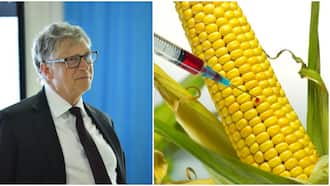 Exactly two months after President William Ruto was sworn in, the government announced the lifting of the country’s GMO ban.

However, despite opposition from the ODM chief, Trade Cabinet Secretary Moses Kuria this week defended the move to allow GMO imports.

Kuria received the support of Bill Gates, the sixth richest person in the world, who championed modified food as an answer to hunger.

TUKO.co.ke check out the other stories that have made headlines in the past week.

1. Moses Kuria says being Kenyan is a candidacy for death: ‘Nothing wrong with adding GMOs to the list’ 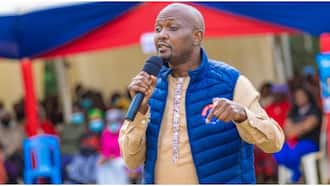 Moses Kuria says being Kenyan is a candidacy for death: ‘Nothing wrong with adding GMOs to list’

On Friday, November 18, Kuria strongly defended the move to allow imports of GMOs.

Opponents of GMOs, including politicians from the Azimio La Umoja One Kenya Coalition Party, have argued that they harm Kenyans’ health.

However, Kuria said that as a Kenyan you are already a candidate for death as many things compete for death.

Kuria jokingly said there was nothing wrong with including GMOs in the list of things that compete with death.

Bill Gates has never shied away from speaking his mind on world issues.

During his widely publicized visit to Kenya, the Microsoft founder expressed his candid views on GMOs.

During an address at the University of Nairobi, the philanthropist explained that most of his food comes from genetically modified crops, adding that they are proven products. 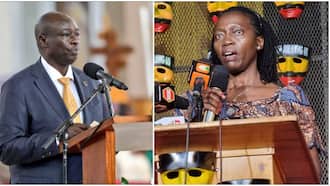 “Every piece of bread I’ve ever eaten is made from genetically modified wheat, every piece of corn I’ve eaten is GMO corn. These are proven products,” he said.

On Thursday 17 November, Raila’s daughter Winnie emerged as one of nine parliament-elected leaders to represent Kenya at the East African Legislative Assembly.

The final tally of the National Assembly and Senate also showed that former Kieni MP Kanini Kega won a seat in EALA after finishing third in the Azimio list with 197 votes. 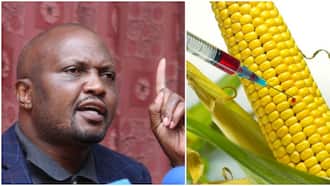 Moses Kuria: I will sign instruments to allow duty-free import of GM and non-GM corn

4. George Wajackoyah amazed at the little boy who dressed him up next to President Ruto: “Help me find him

Former presidential candidate George Wajackoyah is looking for a little boy who drew him.

In the clip, the boy sat on the floor with his coloring book and a Kenyan flag next to him.

When asked by his mother why he wasn’t doing his homework, he remarked that he was done with it and was drawing Wajackoyah and President William Ruto.

The clip touched the heart of the pairing politician, noting that he was looking for the boy.

On Thursday, November 17, two people were confirmed dead in the collapsing building.

The six-story building on Old Ruaka Road collapsed over a neighboring apartment building whose occupants were asleep at the time of the incident. 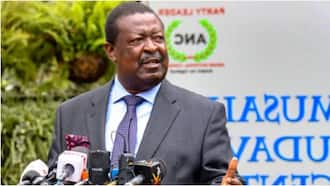 The confirmed dead were a 73-year-old man and his wife, 52, who slept in their sheet-iron house next to the construction site.

In further sad news, three people died in the Kasarani building, which collapsed, covering several people under the rubble.

PAY ATTENTION: watch the news closely for her ➡️ Find the Recommended for you block and enjoy!