It’s finally here, the day that the USA team took on Wales on the main stage of the FIFA World Cup Qatar.

The World Cup is one of the biggest sporting events in the world. A time when the biggest football fans and lovers come together to have fun and trash talk each other.

On Monday, many Duluth fans gathered at the Dubh Linn Brew Pub to watch Team USA play. “I really think that with the pandemic everyone has shut down. We’re kind of really isolating ourselves. So now it’s great to get back in and kinda enjoy everyone’s company again. Celebrate together and support the boys out there in Qatar in whatever they are going through. It’s just good to get together,” said bartender David Roden.

People of all ages used to congregate at Dubh Linn’s to watch Team USA in action as they attempted to win against Wales. It was all smiles and game faces as the pursuit of USA qualifying for the World Cup took place.
“I know some people who are here. There are a lot of football fans here, especially Minnesota United fans, and then we have Duluth FC locally. It’s nice to see so many people down here. There’s a lot going on and it’s just cool to meet up with other football fans and everyone loves it,” shared football fan Ryan Susans.

Team USA qualified for the World Cup back in 2014 and failed to qualify in 2018. Susans mentioned that it would be tough for Team USA if they didn’t win their class. 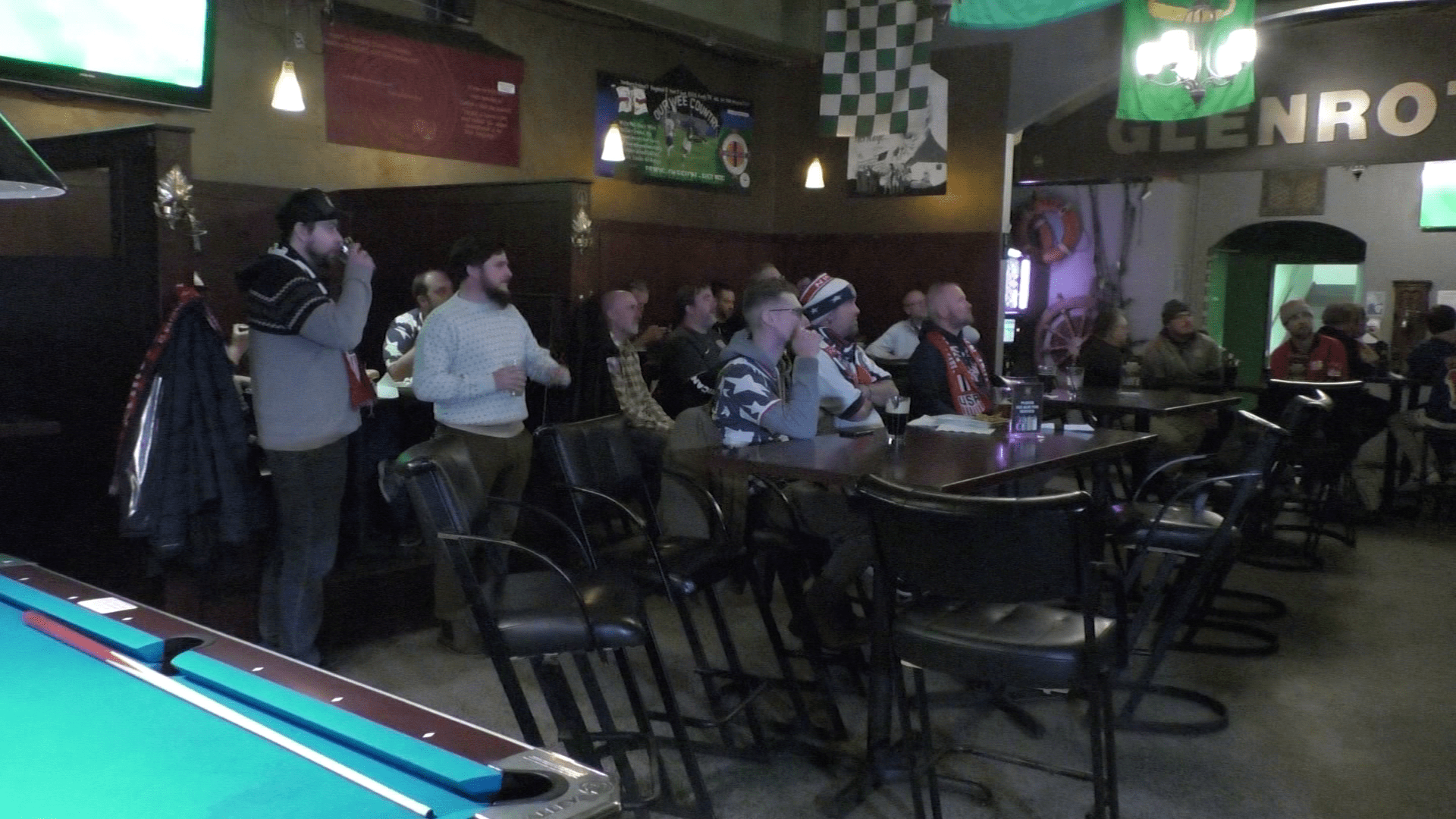 “Well when they squish in the groups it’s not really like a winning trophy. This team is good enough, the most talented team America has ever had. So we should get out of the groups and then everything should happen in the knockout rounds.”

36 minutes into the game, USA scored the first goal and cheers could be heard loud and clear throughout the pub.

“I love seeing the excitement. I love seeing all the people coming together and cheering for that one goal. One goal is to get through the group stage. Hopefully we can go a little further because I don’t think we made it past the quarterfinals,” said Roden.

Hopefully Team USA will go very far this year. In the end, Team USA neither won nor lost; The game ended with a draw. The USA play England again on Friday.